Accueil UV Boosting as a weapon in the fi… 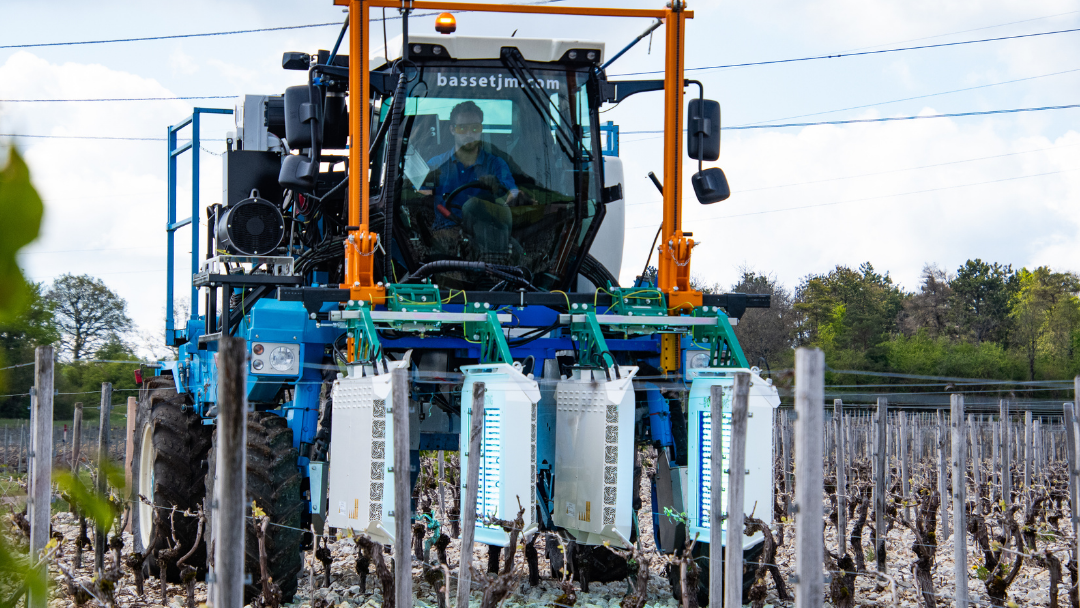 Boulogne-Billancourt, 23 June 2021 –Renowned in the wine industry for its plant stimulation equipment using UV flashes, this year UV Boosting tested vine stimulation for its potential role in reducing frost damage on a plot of Pinot Noir in Avirey Lingey.

Almost 40% reduction in damage thanks to UV flash stimulation

It was in the Grand-Est region and more precisely in the Aube at Avirey Lingey that a white frost occurred on 3 May with a temperature of -1.6°C and a relative humidity of 99.3%. Ratings were then carried out by several independent experts and showed a reduction of almost 40% of the damage with only a UV flash stimulation 2 days before the frost. 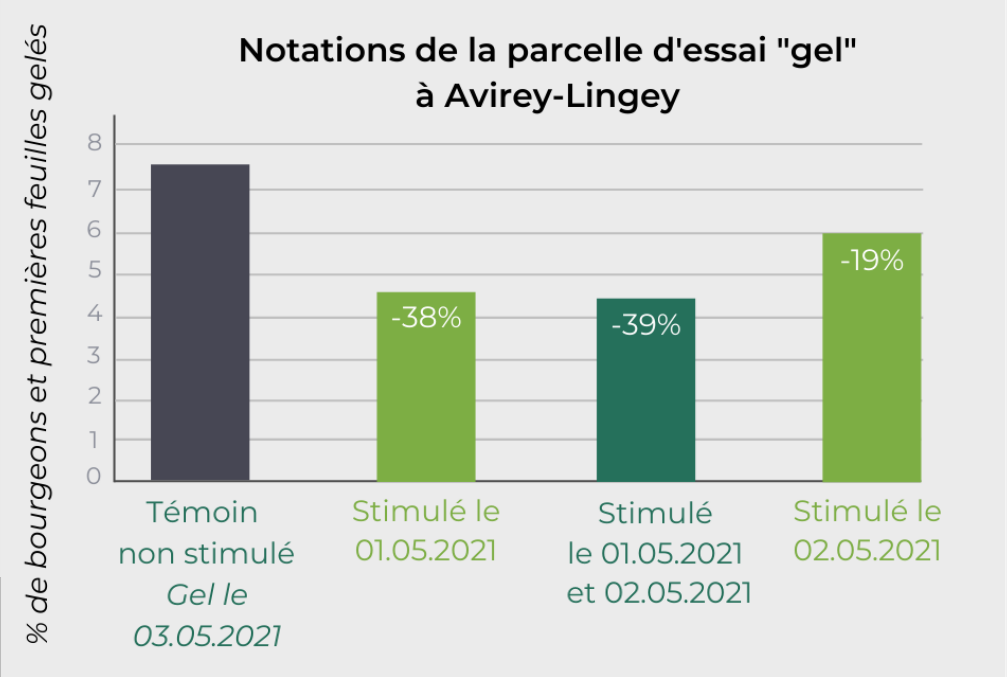 Extract from “Test report – Stimulation of vines by UV-C in the fight against spring frosts” by Vinelyss
The UV Boosting teams called on three independent experts for the evaluation: the Aube Chamber of Agriculture, the Vinelyss consultancy firm (member of the Confédération Nationale de l’Expertise Foncière Agricole et Forestière) and the Viti Concept consultancy firm. The results are clear: they all note a significant protection effect against frost thanks to the UV flash stimulation developed by UV Boosting.

“Following the results, we observe an efficiency against frost between 20 and 50% depending on the microplot. The modality that shows the best efficiency is the UV treatment 48h before frost.“

Extract from the conclusion of the Aube CA report

“This trial is conclusive and brings a new perspective in the fight against spring frosts”.

Extract from the conclusion of the Vinelyss report

Extract from the conclusion of the Viti Concept report

How can this double effect be explained?

Plants have natural weapons to limit frost damage. Some plants, which are better adapted to sub-zero temperatures than others (e.g. winter rye), are able to produce proteins that bind to the ice crystals that form in the plant’s tissues and thus mitigate frost damage. These “antifreeze” proteins are often very similar to antifungal proteins.

A 2018 US study suggests a link between the activation of genes involved in the synthesis of phenolic compounds and the increased frost resistance of the Italian grape variety Sangiovese. It has also been shown that frost damage can be prevented by treating plants such as spinach, potato or peach with salicylic acid.

Due to the instantaneous perception of UV stimulation by the plant, the UV Boosting process is extremely effective in inducing the production of antifungal proteins, the synthesis of phenolic compounds and the production of salicylic acid in the vine! These effects not only contribute to the pathogen resistance induced by this process, but could partly explain the effectiveness of UV Boosting against frost.

Even if the team still has a lot to discover about the link between UV Boosting and frost resistance, the results of the first field trial open up very good prospects for an unprecedented reduction in white frost damage.