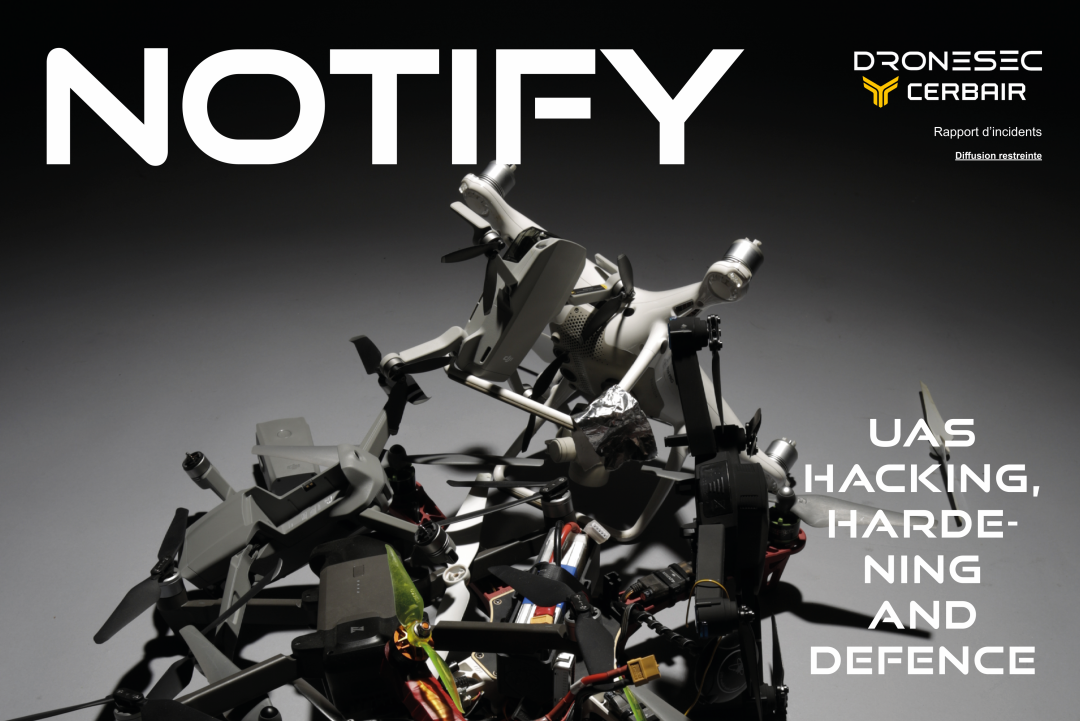 Since 2016 DroneSec has established itself as the benchmark for intelligence on threats generated by drones.

Thanks to the work of analysts such as former hackers, military drone pilots and fighter jet pilots, the DroneSec team audits, trains and informs its clients on the risks that drones pose to sensitive infrastructures. Promoter of the Global Drone Security Network (GDSN), an annual conference of the best experts, some 400 clients now rely on this SME, which is regionally based in Australia and Singapore, to improve their knowledge of UAV security.

With customers on most continents, it is logical that CERBAIR has been seeking further cooperation with DroneSec for several months.

Under the terms of a partnership signed on 1 August between the two entities, CERBAIR will provide its customers with weekly first-hand information in French, English and Arabic on the state of the art of the threat made in DroneSec. It will also benefit from ad hoc data drawn from Notify, the database listing more than 3,000 incidents classified by severity and recently awarded the Airwards prize for its “extraordinary approach”.

For its part, DroneSec will be able to access new market shares, particularly in terms of training on risks in sensitive infrastructures in the Middle East, French-speaking Africa and Europe, and complete its market penetration, particularly with CERBAIR’s customers.

“Our two successive speeches at the last two GDSNs with partners from Interpol and NATO, the most advanced on the issue of anti-drone, convinced us that the company headed by Mike Monnik was a considerable added value for our customers,” explains Lucas Le Bell, CEO and co-founder of CERBAIR. “Because this threat is constantly evolving, especially in the Levantine and African area, cooperating with this prescriber is essential for us.

For his part, Mike Monnik explains that “CERBAIR is one of the leading companies with a very strong drone threat offering”. “Open to testing, CERBAIR has a unique approach based on educating their customers through real-world scenarios that demonstrate their commitment to drone countermeasures,” says the young Melbourne-based director. “Partnering with CERBAIR means that information about incidents will be publicised across a wide spectrum now and in the future,” he concludes.